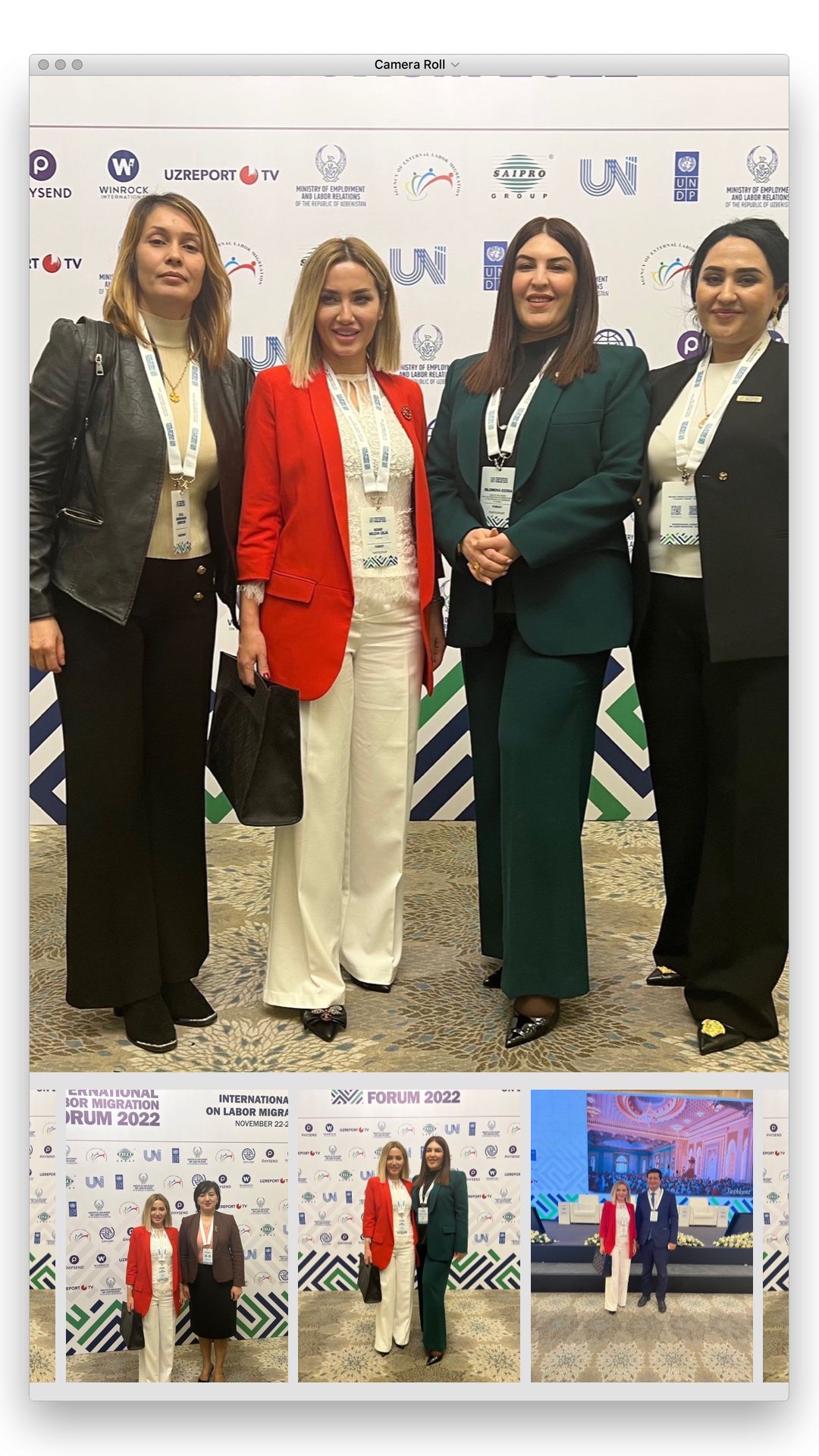 Successful lawyer of Turkey, Sedef Selçuk Çelik, became the first and only lawyer to represent Turkey by participating in the international Labor Migration forum held in the capital of Uzbekistan at the invitation of the Government of Uzbekistan.

Stating that she is very proud to be invited to Uzbekistan on behalf of Turkey, Lawyer Sedef Selçuk Çelik stated that she would be pleased to assist Uzbek citizens in the legal relations between Turkey and Uzbekistan regarding labor migration.

Lawyer Sedef Selçuk Çelik, who is very determined to protect the rights of Uzbek citizens who will go to Turkey to work from Uzbekistan, thanked the authorities of the Uzbekistan state who deemed her worthy of this task.

Especially, Turkish tourism professionals who own hotels in Turkey prefer to employ Uzbek workers in tourism facilities in Turkey, and Uzbek workers are in high demand among Turks because they are reliable and hardworking in domestic services.

Lawyer Sedef Selçuk Çelik stated that she will seriously help the citizens of Uzbekistan and the state of Uzbekistan in the protection of working and living conditions in Turkey.

Attorney Sedef Selçuk Çelik, who was invited as the only lawyer from Turkey to the International Worker Migration Forum held in Uzbekistan and attended by the world’s largest Employment Bureaus and State Authorities, came to Uzbekistan from Turkey as the Uzbekistan representative of Topkapı University. She held talks with Uzbek state officials about bringing university students from Uzbekistan to Topkapi University, one of the most important universities in Turkey.